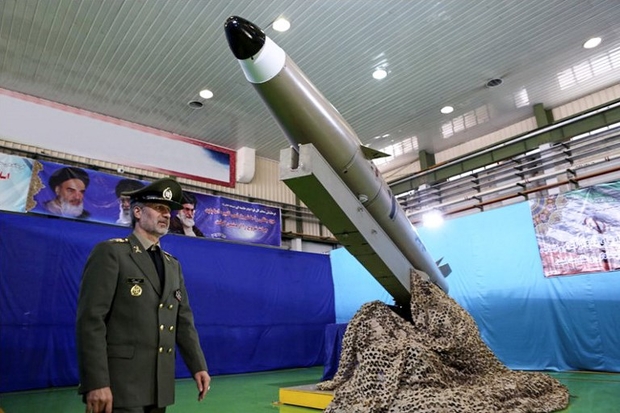 The UN Security Council will meet behind closed doors on Tuesday at the request of France and Britain after they accused Iran of test-firing a medium-range missile at the weekend, diplomats said.

The United States said the missile launch on Saturday was a violation of a UN resolution that endorsed the 2015 Iran nuclear deal, from which Washington has withdrawn.

That resolution calls on Iran to refrain from testing missiles capable of carrying a nuclear weapon.

France said it was concerned by the test-firing with the foreign ministry describing it as "provocative and destabilising" and "does not conform" with UN resolution 2231 on the Iran deal.

British Foreign Secretary Jeremy Hunt called the missile test "provocative, threatening and inconsistent" with the resolution and said Britain was determined "that it should cease."

Over the weekend, US Secretary of State Mike Pompeo charged that Iran tested a medium-range missile capable of carrying multiple warheads and striking parts of Europe and the entire Middle East, a claim that was denied by Iranian officials.

Iran to continue tests after US says it fired ballistic missile

The US pulled out of that deal in May, pitting Washington against several of its key European allies, who have sought to maintain the agreement in the face of heated rhetoric between the Donald Trump administration and the Iranian government, and the reinstatement of US sanctions on Tehran last month.

Washington's Iran special envoy Brian Hook insisted on Monday that despite Iran's assertions to the contrary, Iranian missile tests were not defensive in nature.

"We would like to see the European Union move sanctions that target Iran's missile programme," Hook told reporters aboard Pompeo's plane as he traveled to Brussels for a NATO meeting.

In Paris, the French foreign ministry also said the missile test was not in compliance with the UN resolution.

British Foreign Secretary Jeremy Hunt called the missile test "provocative, threatening and inconsistent" with the resolution and said Britain was determined "that it should cease."

For its part, Iran said Sunday it would continue missile tests to build up its defences and denied it was in breach of UN resolutions.

"Missile tests … are carried out for defence and the country's deterrence, and we will continue this," Brigadier-General Abolfazl Shekarchi, spokesman for Iran's armed forces, was quoted as saying by the semi-official Tasnim news agency.

"We will continue to both develop and test missiles. This is outside the framework of [nuclear] negotiations and part of our national security, for which we will not ask any country's permission," Shekarchi said.

He did not confirm or deny Iran had tested a new missile, Reuters news agency reported.

The alleged test comes amid heightened US pressure on Iran, as well as repeated attempts by US officials to persuade its European allies to stop doing business with Tehran in line with renewed US sanctions on the country, which came into force on 4 November.

Those US sanctions have targeted Iran's critical oil sector, as well as several major Iranian banks and other industries.

On Monday, Hook said Trump's campaign of "maximum pressure" on Tehran since withdrawing from the Iran nuclear deal "can be effective if more nations can join us in those [sanctions]".

"It is a grave and escalating threat, and nations around the world, not just Europe, need to do everything they can to be targeting Iran's missile program," he said.

US sanctions may have limited effect on Iranian economy

Hook said "progress" was being made on getting NATO allies to consider a proposal to target individuals and entities that play key roles in Iran's missile programme.

Several EU countries have denounced the recent US sanctions, however, and continue to work to preserve the 2015 nuclear deal, even though they have also criticised Iranian positions on other matters.

"I want to thank you for everything that you're doing, for your strong statements on the latest violation by Iran on the ballistic missiles," said Netanyahu, ahead of a planned meeting with Pompeo in Brussels.

“The goal of America and its regional allies is, through exerting pressure and economic shortages, to say we have hit a dead end on the threshold of the 40th anniversary of the Islamic revolution,” said Zanganeh, as reported by Reuters, citing the oil ministry news agency SHANA.

“We have a legal and religious duty to reduce the income pressure on the people. This is the most important thing that we must do and the government is putting forth all its efforts on this issue."