This comes after the city's board of supervisors passed the measure unanimously last Tuesday. Breed signed the ordinance on Friday, the mayor's office confirmed Monday.The policy will take another seven months to become fully implemented. According to the measure, the policy becomes "effective" 30 days after being signed, and it becomes "operative" six months after that.The ordinance says "no person shall sell or distribute an electronic cigarette to a person in San Francisco" unless that product has undergone premarket review by the US Food and Drug Administration. To date, none have.This includes sales in brick-and-mortar stores, as well as online sales shipped to a San Francisco address. The ordinance also applies to flavored tobacco products in addition to e-cigarettes. The measure does not ban the use of vapes among people 21 and older. Breed's signature comes after she spoke in support of the ordinance ahead of the vote last week."There is so much we don't know about the health impacts of these products, but we do know that e-cigarette companies are targeting our kids in their advertising and getting them hooked on addictive nicotine products," she said. 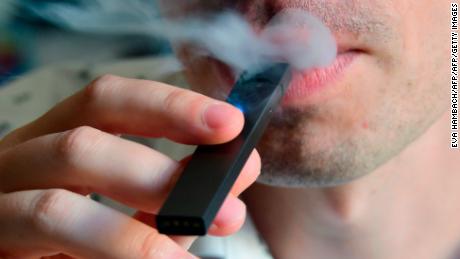 This puts San Francisco — where leading e-cig maker Juul Labs is headquartered — at the center of a heated debate. City officials have cited vapes' popularity among youth as a key reason for introducing these measures. But critics of the ordinance say it could harm businesses and remove what some groups describe as a less-harmful alternative for adult smokers.The policy also sets the stage for what could be a longer clash over e-cig regulation. Juul is behind a ballot initiative that experts worry could roll back the city ordinance if voters approve it in upcoming elections. In a statement last week, Juul spokesman Ted Kwong described Juul's plans to support "new strict regulation and enforcement, instead of prohibition." The comRead More – Source

Miley Cyrus, Neil Young, Gerard Butler among those who have lost their homes