Netanyahu has called for a national emergency government, consisting of all of the parties in the Knesset — except the Arab parties — to deal with the impact of the coronavirus. "In light of the world and national crisis, we have to unite our strength and form a strong and stable government that can pass a budget and take tough decisions," he said in a statement Sunday. But he never included the Joint List of Arab parties, accusing them repeatedly of supporting terror in keeping up with his campaign strategy of attacking the political factions that represent some 20% of the country's population.He suffered a significant political setback on Sunday evening, when Israel's President announced that Netanyahu's main opponent, Blue and White leader Benny Gantz, had received enough support from lawmakers to get first crack at forming a new government. But Netanyahu continues to insist it is he, and not his inexperienced rival, who should be leading the country through the crisis.Netanyahu's supporters see him as uniquely qualified to lead the country in this time of need. The longest serving prime minister in Israel's history has guided the country through several wars, dealt with dozens of world leaders, and largely become the face of Israel. To them, the coronavirus is one more challenge Netanyahu is sure to overcome.His critics see things differently. They believe he is using a national emergency for his own political ends. Having failed to secure a governing majority after three straight elections, Netanyahu is now trying to leverage the coronavirus to post facto build a government, they argue.

On Sunday morning, citing the pandemic, Netanyahu suggested the formation of an immediate emergency government for six months, or a unity government which he would lead for two years, after which rival Benny Gantz would take over as Prime Minister.Ben Caspit, author of The Netanyahu Years and a frequent critic of the Prime Minister, viewed Netanyahu's calls for unity with utmost skepticism. "It's impossible to disconnect his call for an 'emergency government' or a 'unity government' from the fact that he failed once again to muster a majority in the Knesset," wrote Caspit in Sunday's Ma'ariv newspaper. "This situation is without precedent: a prime minister who has thrice been unsuccessful in his bid to get reelected, who last received the public's confidence back in 2015, but who refuses to hand over the reins and who has been exploiting a national crisis to retain his grip on power." 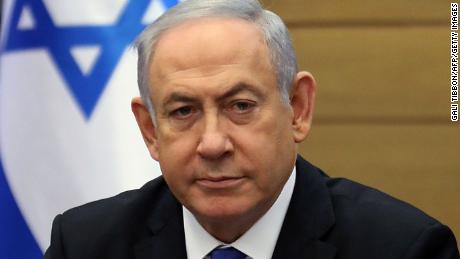 There was no mention in Netanyahu's statements of his upcoming criminal trial on charges of bribery and fraud and breach of trust, a crucial sticking point since Gantz and his Blue and White party have refused to serve under a Prime Minister who has been indicted.Originally scheduled to begin on Tuesday, the trial has now been delayed for more than two months after the Justice Minister, considered one of those closest to Netanyahu, declared a 24-hour "state of emergency" in the court system to deal with the spread of coronavirus. Within hours, the three judges appointed to preside over the Prime Minister's case had moved to postpone the trial opening until May 24th.The coronavirus had done what Netanyahu's high-powered legal team could not — delay the start of the trial and give him more time to lead the country.Netanyahu's former Defense Minister, Moshe Ya'alon, who is now one of the top members of Gantz's Blue and White, tweeted on Saturday: Read More – Source