Coronavirus: No end in sight

Nobody knows how this ends.

As the lockdowns in Europe stretch into their second, third, fourth or even fifth weeks, politicians and policymakers across the Continent are coming under pressure to let people know when the emergency measures will be lifted.

Its a question theyre not ready to answer, in no small part because theres little agreement about what social-isolation strategies are intended to accomplish — or what would come afterward.

“I cannot give a blueprint” or a “recipe” of statistics for when it will be advisable for people to leave their homes again, said Lothar Wieler, president of the Robert Koch Institute, the German governments body in charge of disease-monitoring and control. “We evaluate the situation on a daily basis,” Wieler added Wednesday.

The European Unions national leaders plan to call for an “exit strategy” when they convene over videoconference on Thursday. “We should start to prepare the measures necessary to get back to a normal functioning of our societies,” says an initial draft of the conclusions the European Council is expected to agree on that day.

“We cant keep making the measures more and more stringent without knowing whether this will make any difference at all” — Christian Drosten, German virologist

The statement is being drawn up in Brussels even as experts back home warn that the lockdowns will likely need to be extended.

If, as French President Emmanuel Macron put it, the world is fighting a “war” against the coronavirus, governments didnt mobilize their armies until the enemy had already crossed the border. Social-isolating measures are believed to be able to slow the pandemic, but its almost certainly too late to eliminate — or even contain — the coronavirus.

That leaves the ultimate goal unclear. In the short term, lockdowns serve a simple function. Evidence from Asia, including a new study from Singapore, suggests they are an effective way to slow the rate of infections and prevent hospitals and health care systems from being overwhelmed.

But if the virus is here to stay, when will policymakers consider it safe for people to leave their homes again?

Politicians are not making decisions based on actual data right now, said Christian Drosten, a German virologist who developed the coronavirus test and has advised the German government on containing the disease.

Instead, he said, moves like curfews and school closures are driven by politicians gut instincts and observational impressions. Hard data is still weeks away, but epidemiologists are rushing to gather it to help officials make an informed decision by Easter.

“We cant keep making the measures more and more stringent without knowing whether this will make any difference at all,” Drosten said on a recent podcast.

Last week, U.K. Prime Minister Boris Johnson estimated it would take about 12 weeks to turn the tide of the outbreak. However, when announcing a hard lockdown on Monday, he hedged, saying the government would review the rules in three weeks and “relax them if the evidence shows we are able to.” Johnson did not say what such evidence would need to show.

Asked Tuesday by the BBC how the government would know its efforts were working, Cabinet Office Minister Michael Gove said the aim is to “reduce the rate of the infection in order to reduce the pressure on the [National Health Service],” without addressing when the shelter-in-place orders could be lifted.

In France, a new report from an advisory panel of 11 scientists recommended at least six weeks of social distancing.

The panel said they wouldnt even be able to consider whether the containment is working until three weeks after it started, and the decision to lift the orders should be based on things like whether hospitals are able to manage the flow of patients — especially for ventilation. But that requires data from hospitals, and “collecting data is difficult when hospitals are overwhelmed,” the panel wrote. 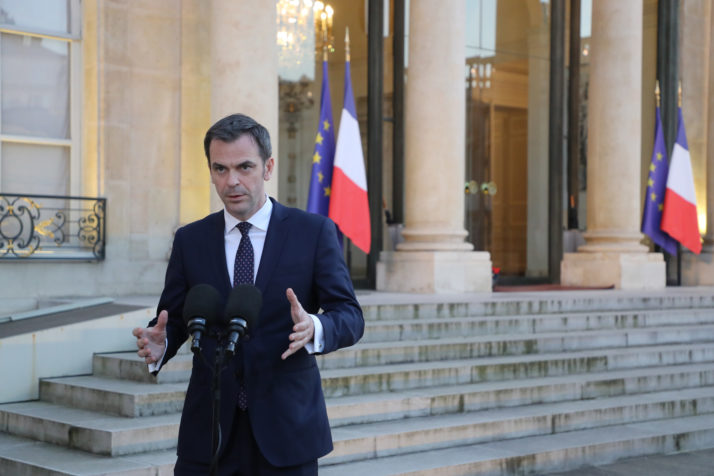 “Well only be able to stop confinement when the epidemic curve allows it,” French Health Minister Olivier Véran said Tuesday, warning his countrys 15-day lockdown would likely be extended.

Austrian Chancellor Sebastian Kurz is one of the few leaders who has actually articulated a measurable criterion for lifting the lockdown: getting to the point where cases double only every 14 days.

He added, however, at a Tuesday press conference that authorities have to “find measures to implement in order for [the situation] to stay like that when we reboot public life.”

Part of the difficulty is that politicians and their advisers are still waiting to learn more about the virus. Will it fade away in warm weather, like the flu? How does the virus mutate over time, and how long do people stay immune once theyve been exposed?

If enough people catch the virus and survive, will a country achieve so-called herd immunity, in which a large proportion of the population has the antibodies that can stop an infection from taking hold? Is there a cure? How fast can vaccines be developed — and will they even work?

The experience of Wuhan in China, the epicenter of the outbreak, could provide some answers. About 11 weeks weeks after it was isolated from the outside world, the city of 11 million will be released from lockdown on April 8, Chinese authorities announced Tuesday.