The virus-fighting agency Trump gutted (its not the WHO)

Donald Trump may be threatening to defund the World Health Organization, the United Nations agency he accuses of “severely mismanaging” the coronavirus epidemic.

But diplomats and public health experts at the WHO and elsewhere say the U.S. president has already gutted the agency that has traditionally taken the lead in battling global pandemics: the U.S. Centers for Disease Control and Prevention.

The CDC is the worlds pre-eminent disease-fighting body. Its staff of more than 20,000 people is mostly based in Atlanta, but theyre also spread around the U.S. and dozens of countries.

The agency is the model for the much smaller European Centre for Disease Prevention and Control, as well as similar agencies in Africa and around the globe. It played a major role in eradicating smallpox, as well as the near-elimination of polio. Globally, it won acclaim for helping fight AIDS, Ebola and Zika.

“Almost every major outbreak has seen the United States step up and lead, and were seeing exactly the opposite with President Trump,” said Lawrence O. Gostin, director of the WHO Collaborating Center on National and Global Health Law at Georgetown University.

Since the outbreak of the coronavirus epidemic, Trump has stymied efforts to cooperate globally.

The CDC has become a “nonentity” in the coronavirus fight, said Ilona Kickbusch, a WHO adviser and founder of the Global Health Centre at the Graduate Institute of Geneva.

“It was a highly professional, trusted organization, and theyre gone basically,” she added. “Its a tragedy for global health.”

While Trump has attacked the WHO for bowing to Beijing, diplomats and public health workers say its more of a case of China stepping in to fill the void left by the U.S. retreat from the leadership role it has played for decades under both Democratic and Republican presidencies.

Trumps broader retrenchment from a sense of “global mission and interconnectedness with the rest of the world” has trickled down to the CDC, said Helene Gayle, a philanthropy executive and 20-year veteran of the agency who played an influential role in its fight against HIV/AIDS.

The “CDC is seen as an incredibly important institution, not just for America but for the world,” she added. “There is a void, when you have an organization that people have looked to that is not providing the kind of global leadership that it once did.”

The end of health diplomacy

The U.S. Congress has generally blocked Trumps repeated attempts to cut the CDC — including an effort to slash its international work from 49 countries to 10. However, the administration has nonetheless pulled back: CDC staff numbers in China have decreased from 47 to 14 over the past two years, Reuters reported.

“Normally, CDC would be at the forefront of the response in this type of situation, both nationally and globally,” said Tom Frieden, Barack Obamas CDC director, widely credited with helping turn around the Ebola epidemic after a flat-footed response by countries around the world, as well as the WHO.

“Wed be in a much better place if CDC was free to do what it does best: figure out how the infection is spreading and how best to reduce the spread, through technical guidance, partnerships, and tools,” he said.

Since the outbreak of the coronavirus epidemic, Trump has stymied efforts to cooperate globally. At a meeting in late March, for example, G7 foreign affairs chiefs meeting over videoconference agreed on the need for coordination. But they failed to deliver an actual accord after U.S. Secretary of State Mike Pompeo took a hard line on calling the germ the “Wuhan virus.”

Thats in sharp contrast to Obama, who addressed a U.N. summit devoted to the West Africa Ebola outbreak in 2014. Saying that a U.S. military operation was up and running in Liberia, Obama promised the world could “count on America to lead, and that we will provide the capabilities that only we have, and mobilize the world the way we have done in the past in crises of similar magnitude.” 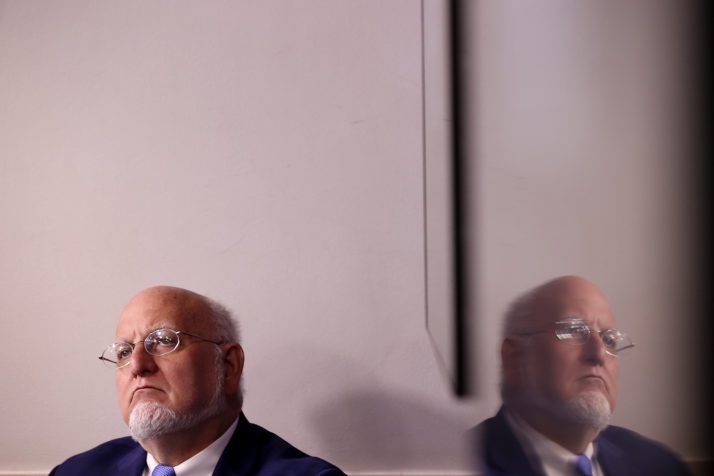 Still, Obama stressed, the response wasnt moving fast enough, and he urgently called on others to help: “Do not stand by, thinking that somehow, because of what weve done, that its taken care of.”

Under Trump, “we havent seen the administration pulling together world leaders to say, Lets have a coordinated strategy,” said Matthew M. Kavanagh, an assistant professor of global health at Georgetown University.

Instead, the U.N. is playing that role, he added, “and getting silence from the United States.”

Until Tuesday, the U.S. was the largest contributor to the WHO, way ahead of other donors. In 2018, Washington contributed over $400 million to the WHOs programs, or nearly 20 percent of the WHOs revenue for its programs.

When it came to the coronavirus crisis, however, the U.S. was far less generous. Washington snubbed the WHOs urgent appeal for more funding in February, with Trump asking for $2.5 billion from Congress, none of which appeared to be going to the WHO. Eventually, it coughed up a meager $15 million, compared with over $47 million from Japan and $28 million from Germany.

EU governments are decrying Trumps move. But so far, they dont seem eager to fill the gap.

The big question for David Heymann, an epidemiologist who headed the global response to SARS in 2003, is what funding Trump is threatening to cut now. The majority of the U.S.s funding (more than $250 million in 2018-19) is earmarked for specific programs.

If, for example, the suspended funding is taken from the health emergencies program that is currently financing the response to the coronavirus pandemic, of which the U.S. contributed 34 percent in 2018-19, the WHO would need to urgently reassess its spending.

“The U.S. has been a longstanding and generous friend to WHO, and we hope it will continue to be so,” said WHO chief Tedros Adhanom Ghebreyesus on Wednesday.

EU governments are decrying Trumps move. But so far, they dont seem eager to fill the gap.