Former Trump Advisor Arrested, Charged for Acting as Foreign Agent to the UAE 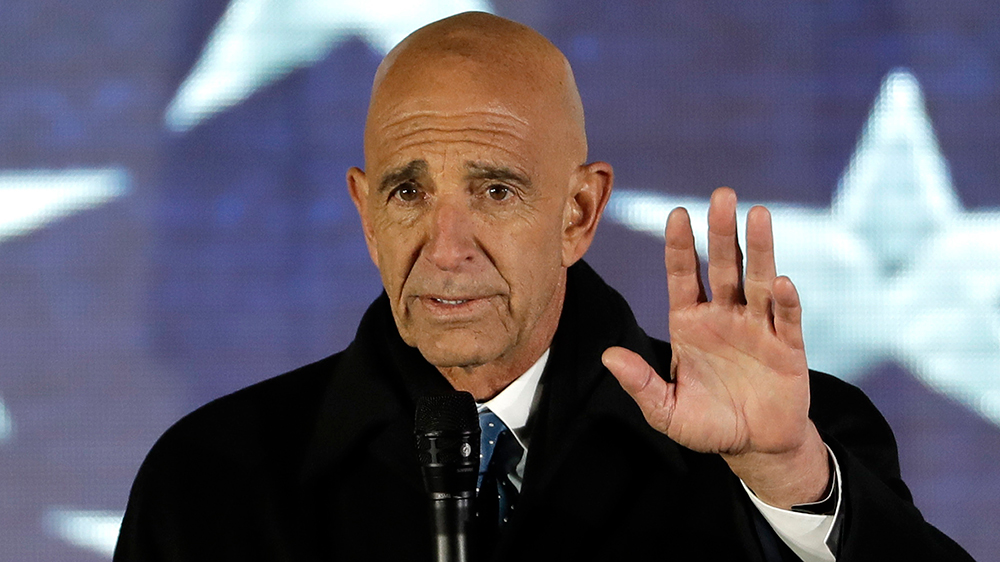 A former senior advisor to former US President Donald Trump was arrested over illegal foreign lobbying on behalf of the UAE.

Tom Barrack was also accused of exploiting his influence inside the White House in favor of the UAE’s foreign policy goals.

The indictment also includes two other defendants, Matthew Grimes and UAE national Rashid Sultan Rashid al-Malik al-Shahhi, who worked to advance the interests of the UAE and ‘provide intelligence’.

The indictment filed by Brooklyn federal prosecutors alleges Barrack worked as an agent of the United Arab Emirates between 2016 and 2018.

According to the indictment, Barrack “took steps to establish himself as the key communications channel for the United Arab Emirates to the Trump campaign and, that same month, gave a co-defendant a draft copy of an energy speech then-candidate Trump was preparing to deliver. The co-defendant then sent it to a UAE official and solicited feedback.”

“Congrats on the great job today,” court records quoted the Emirati official saying in an email to Barrack after Trump delivered the speech. “Everybody here are happy with the results.”

Between May 2016 and October 2017, Barrack “repeatedly promoted the United Arab Emirates and its foreign policy interests during media appearances” after soliciting direction from his co-defendant and UAE officials, the indictment said.

“The defendant promoted UAE-favored policy positions in the Campaign, in the Administration, and through the media, at times using specific language provided by UAE leadership,” assistant U.S. Attorney Jacquelyn Kasulis wrote in the court filing.

“The defendant never registered as an agent of the UAE, as public disclosure of his agreement to act at the direction of senior UAE officials would have diminished, if not eliminated, the access and influence that the UAE sought and valued.”