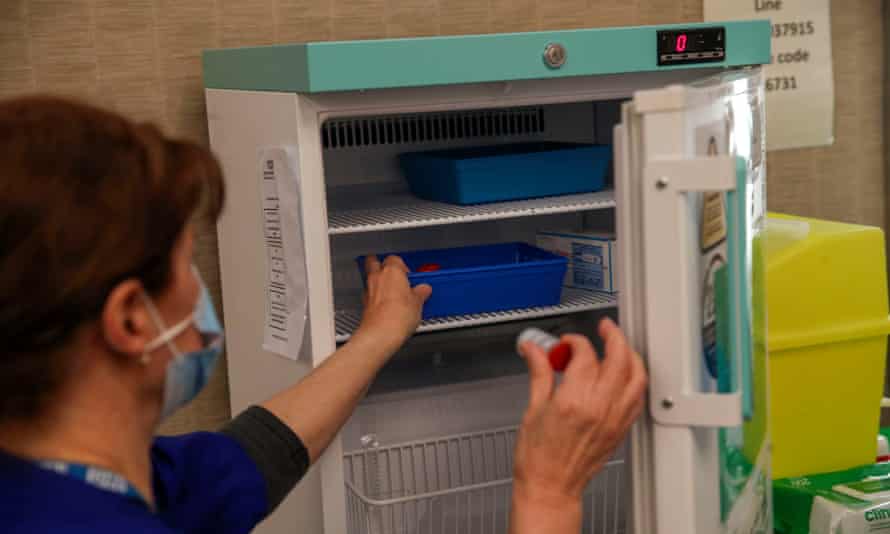 Some 170,000 Moderna doses are at risk of expiry within two weeks in the UK due to young people’s hesitation to take the vaccine, doctors said.

While the AstraZeneca vaccine can last up to six months, Pfizer and Moderna vaccines can expire after only one month in the fridge.

The British National Health Service (NHS) is now pressured to find a way to distribute these doses before they expire.

In response, the government announced new plans to encourage young adults to receive the vaccine.

The NHS said it managed to redistribute 40,000 Moderna spare jabs so far.

The Joint Committee for Vaccination and Immunisation recommends an interval of eight to
12 weeks between doses, initially as a way to offer more people first doses because of
limited supply, but studies have since shown that the larger gap could give longer protection.

One NHS doctor in the north-east, Dr Alison George, said colleagues had been forced to
routinely discard Pfizer doses, rather than give second shots early to people who requested
them. “We have very high rates of infection here and the local hospital is already under
significant pressure with some elective surgery cancelled,” the GP said.

“Wastage at this stage of unlocking is wholly unjustified and to turn young people away as
well is, in my opinion, completely unforgivable.”

Dr Rosemary Leonard, an NHS GP, tweeted last week that doctors were keen to be able to
give the jabs earlier to avoid wastage. “Please, please, could young people be allowed to
get their vaccines earlier than eight weeks. Numerous colleagues telling me of 100s of
doses being thrown away, yet ‘early requesters’ at clinics being turned down.”

“I’ve heard of one clinic having to bin 1,000 doses of Pfizer cos it had expired, yet turning
people away for second dose.”

Leonard said that because GPs were mostly no longer running clinics, pop-up centres often
had no discretion. “Unlike GP-led clinics, no one dares make commonsense decisions,” she tweeted.

Beccy Baird, a senior fellow at The King’s Fund, said it was getting more difficult to predict vaccine uptake.

“Uptake is getting lower as the cohorts get younger and matching the supply of vaccines to
demand will get harder as demand becomes less predictable. This is made all the harder as
the vaccines have a limited shelf life,” she said.

“Making sure that everyone who wants and needs a vaccine can access both doses at the
right time, and at a convenient location, is a complex task on a huge scale and it’s
testament to all those involved in the vaccine programme that so many people have
already received both doses.

“In the early stages of the rollout, you could be confident that wherever vaccines were
delivered there would be sufficient demand for them. Now that a majority of adults have
been vaccinated, and with uptake getting lower as the cohorts become younger, demand
for the vaccine is more unpredictable, making it harder to know exactly where the doses are needed.”

An NHS spokesperson said: “The NHS is continuing to encourage vaccine uptake among
young people by jabbing at convenient locations and popular destinations, including Thorpe
Park and Latitude festival as well as community hubs at places of worship and shopping centres.

“There is plenty of vaccine supply and everyone aged 18 or over is now eligible for a
lifesaving Covid jab, which is why the NHS is urging people to come forward as soon as
possible to protect themselves and their loved ones.”

Though Pfizer and Moderna doses can be administered at intervals of just three weeks,
studies have shown that an eight- to 12-week interval can offer greater longer-term immunity against Covid-19.

The UK is to distribute 9m doses of the AstraZeneca vaccine to poorer countries from this
week. However, concerns have been raised that those doses are also nearing expiry,
putting pressure on developing countries’ healthcare systems to distribute the doses in time.