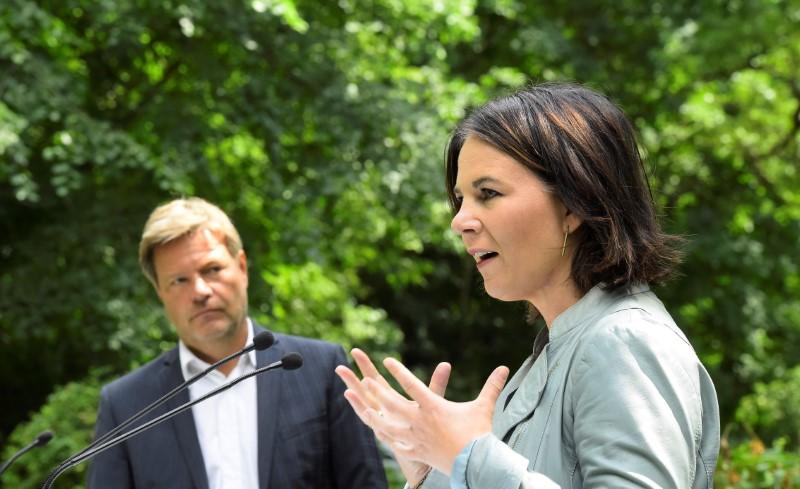 The co-leader proposed that to replace the candidate after making a series of terrible
mistakes.

After nominating Annalena Baerbock as Chancellor candidate in April, ecologists rose in
polls to overtake Merkel’s conservative bloc but then receded.

Baerbock’s campaign was full of mistakes in the reumes and had scandal regarding a
Christmas bonus payment that the Chancellor declared to parliament.

Baerbock said that sexist treatment and observation are restraining her.

“Ms Baerbock is suitable for the office of chancellor, and our task is to ensure that the
Greens are strong,” said Robert Habeck, the party’s co-leader.

When asked if the Greens should have him as their candidate instead of Baerbock, Habeck replied, “No, that’s not a debate.”

In addition to the Greens’ misfortunes, the party is excluded from the national election’s
voting ballot in Saarland on September 26.

It comes due to errors in the selection of regional candidates after internal conflicts.

The party’s co-leader with Baerbock, Robert Habeck, said, “The Greens campaign had a few problems but … I’m looking forward to August and September.”

“Everything is possible!” He added.

An opinion poll released on Sunday showed the leftist Social Democrats (SPD) becoming
close to Merkel’s conservatives at 26%, with Green at 18%.

Chancellor Merkel has been in power since 2005 and is due to resign after the election.

According to the INSA poll, SPD candidate Olaf Scholz was far ahead with 27% support in a
direct theoretical vote for Chancellor.

Conservative Armin Laschet surged to 14% and surpassed Baerbock by one point, at 13%.

On Tuesday, the Greens announced an “emergency climate protection program” aimed at
resetting their campaign.