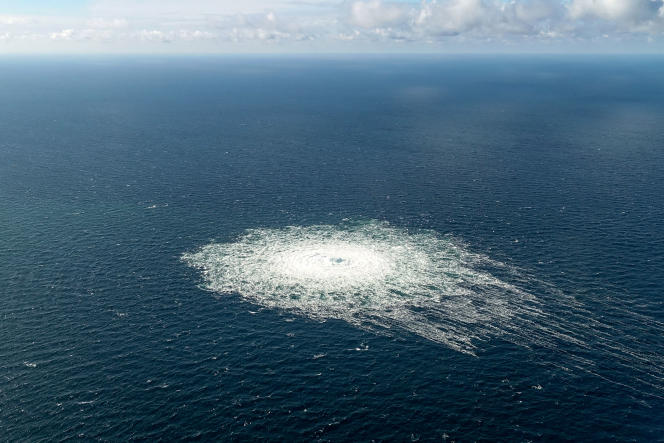 The infrastructure is at the centre of geopolitical tensions between the EU and Russia. It has been accused of manipulating gas supplies in retaliation for Western sanctions.

The mysterious leak occurred although the Kremlin shut down the pipeline earlier this month for an indefinite period of time in retaliation for Western sanctions.

The cause of the incident remains unclear. An investigation is underway.

“Paramount to now investigate the incidents, get full clarity on events [and] why,” von der Leyen wrote on Twitter on Tuesday evening.

“Any deliberate disruption of active European energy infrastructure is unacceptable [and] will lead to the strongest possible response.”

Kadri Simson, European Commissioner for energy, said her team was in contact with member states to “determine the cause and ecological impact of the incidents.”

There was no immediate impact on the bloc’s energy supplies, Simson further noted.

Neither Nord Stream 1 nor Nord Stream 2 were carrying gas to the EU. However, some supplies remained inside the 1,200-km infrastructure.